Have you ever heard of multiwalled carbon nanotubes? If you haven’t, you better start learning more about them, since you’re bound to hear about them often in the future. May this article serve as an introduction into the whole problematic…

Multiwalled carbon nanotubes – what are they?

To put it simply, the so-called “MWNTs” consist of several rolled layers of graphene, as opposed to the single-walled carbon nanotubes, which is – obviously – just a single graphene roll put together. The MWNTs usually come in two forms.

As for the dimensions of MWNTs, their outer diameters range from 2 to 100 nnm, and their length tends to be usually between 0,5 to 50um. But there are also nanotubes that can be much longer than that – up to 1mm long. 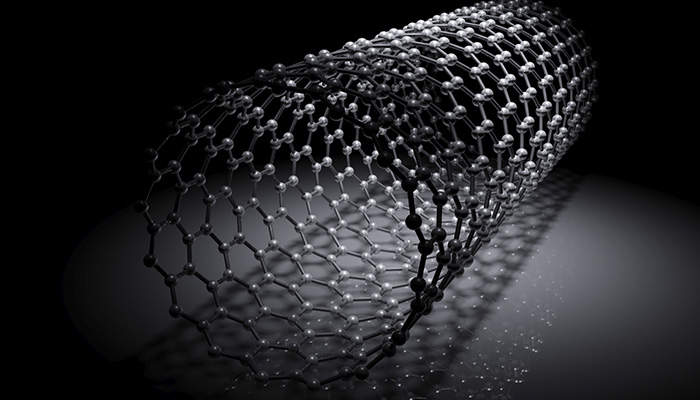 Which properties do the MWNTs feature?

As opposed to the single-walled nanotubes, MWNTs have more diverse properties, since they can come in a variety of forms, with each one of the nanotubes inside it having a different structure. Depending on the sequential arrangement of individual tubes, the MWNTs can then perform a variety of differing roles.

MWNTs may consist of sequence in which the concentric layers are the same, differing only in the diameter. Of course, there are also mixed arrangements, in which different types of tubes are layered in distinctive manner. Of course, the manner of layering, as well as the overall diameter, greatly influences the properties of individual MWNTS. Generally, these properties are as follows:

Based on these properties, MWNTs can be great additives, vastly improving the quality of products they have been introduced to.

What are the applications of multi-walled CNTs?

The range of uses these materials can be put into is truly vast, and thanks to the ongoing research in this field, the following list may not be nearly exhaustive:

To sum up, the potential of nanotubes is truly vast – this material can benefit countless industries by virtue of its properties, which could be enhanced and modified even further.

Do you know of or can think of any other uses nanotubes could be put to? Which are those? And how do you see the future of nanomaterial use? May it be hyped too much, or is it another technological revolution? Share your thoughts in the comments!